Is China leading in 5G network, if so why?

In fact, China is leading the way.

Communication technology development is the key part of President Xi’s ‘Made in China’ 2025 Plan, which has made the country a leader in a range of industries. According to a report by accounting firm Deloitte published in recent days, China is leading the way ahead of U.S. in the global 5G competition.

China has surpassed the U.S. $24 billion since 2015 and has built 350,000 new cell sites to support 5G communications, while the United States has built less than 30,000. U.S. spending on wireless infrastructure is reduced by $8 billion to $10 billion annually since 2015. The Deloitte also notes that compared to the U.S., the equipment required to install 5G in China is about 35% cheaper. 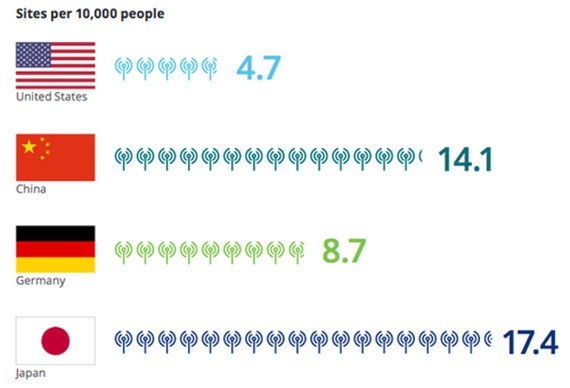 China is firmly pushing ahead with its plans for commercial 5G services in 2020. Both China Telecom and China Unicom have clearly defined their plans to build a 5G Standalone network. China Mobile not only launched the “5G SA Takeoff Initiative” plan with major equipment manufacturers, but also released the “5G Device Guideline” with detailed specification requirements and procurement schedules, thus playing a leading role.

It is worth noting that the Trump administration’s ban on ZTE may bring additional impetus to the positive development of China’s 5G. The U.S. government’s short but effective ban on ZTE has indeed brought panic to the Chinese market. Chinese officials are now increasingly aware of their over-dependence on the U.S. technologies and economy.

ZTE is also accelerating the promotion of 5G in the second half of the year as the U.S. lifts the ban. Recently, ZTE successfully completed the 3GPP R15 NSA mode 3.5GHz indoor cell site and 5G core network test. All projects were tested smoothly, fully reflecting the business capability and maturity of ZTE’s 5G system. In the coming 5G era, ZTE is indispensable to the entire industry.

Industry giants in the U.S. such as Intel and Qualcomm are working to develop top 5G technologies. It helps that this country won the 4G competition earlier this decade. U.S. wireless providers such as Verizon and AT&T, the parent company of CNN, have said they will launch 5G technology in specific markets by the end of 2018.

The Trump administration has positioned 5G as a national security issue. Earlier this year, President Trump prevented Broadcom from acquiring Qualcomm for $117 billion, as U.S. officials feared that it would give China an edge over 5G technology.

There is no doubt that 5G is an important factor affecting the social and economic development of China and the United States in the next few years. In the process of race, various means and tactics will be employed. The Chinese industry needs to maintain its strength and self-confidence and take every step in a down-to-earth manner.